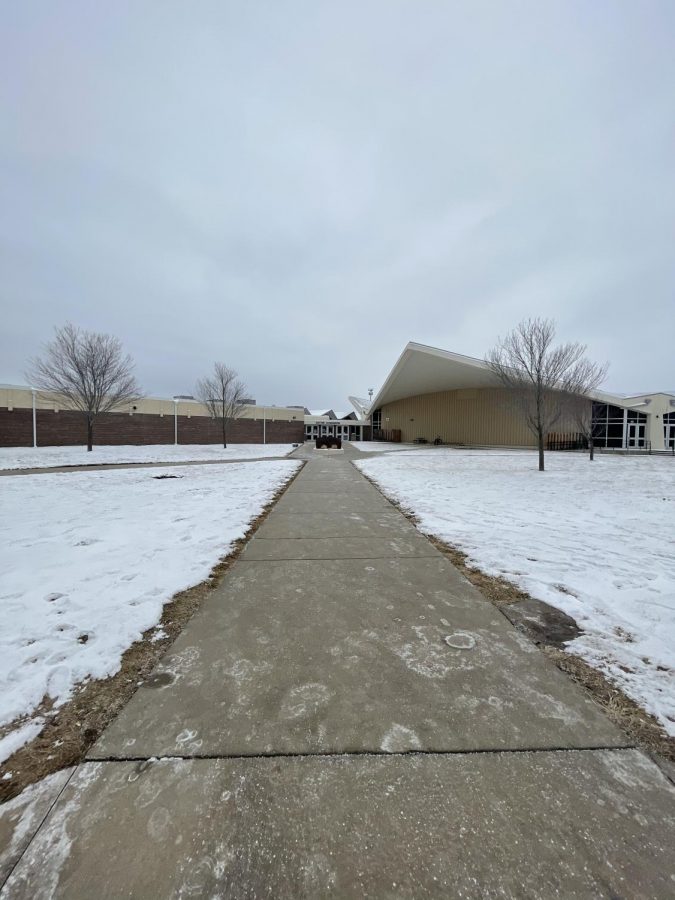 Wichita broke the record for the coldest high temperature in February since 1936 reaching a low of -4 on Valentine’s Day, according to Jason Tidd from The Wichita Eagle. The new record is -9 as of 7 a.m. Tuesday, Feb. 16. Temperatures have not been above freezing since Feb. 6.

Over the past week, Kansas has reached temperatures as low as -9 with the wind chill -20 or below; snow has also been falling off and on.

Almost 24 hours in advance, school for Feb. 16 was cancelled due to the intense cold and several inches of snow on the ground. While people think of global warming and climate change as specifically temperatures increasing, this is not always the case.

In the past 650,000 years, Earth has had seven ice ages and warming periods. The last ice age ended about 7,000 years ago, marking the beginning of the modern climate era according to The Climate Center. Earth has natural fluctuations in temperature; however, the process has sped up due to human activity causing the mass production of greenhouse gases, such as carbon dioxide and methane, to build up in the atmosphere. As a result, the average global temperature is warmer than years previous.

Extreme cold weather due to climate change is still possible.

According to National Geographic, some scientists believe this is due to rising temperatures in the Arctic. The rise in temperature causes a polar vortex, a giant whirlpool of cold air usually centered over the Arctic. This vortex has a boundary called the Polar Front Jet Stream, which is constantly moving. Sometimes, it moves over places such as North America and causes intense winter weather. Typically, these are only seen once every other year, but scientists are attempting to figure out if the frequency is linked to the increase of global warming.

Climatologists say extreme weather such as this will only continue to become more frequent as global warming and climate change continue.